After a few little problems, we finally had time to create our video for THEME 5! Please, enjoy this serious documentary work! We hope you'll find a lot of informations useful! ;)
Posted by Luci Csukásová at 17:31 No comments:

Email ThisBlogThis!Share to TwitterShare to FacebookShare to Pinterest
Labels: THEME 5

Hello!
Ah, it's pretty hard to write this but.. yes, this is the last theme of Comenius project. We're working on a cool - and totally truthful if you have doubts ;) - video, so stay tuned!

Email ThisBlogThis!Share to TwitterShare to FacebookShare to Pinterest
Labels: THEME 5


For Theme 4, we decided to choose the "Kenji Goto case", which is, shortly, about a japanase journalist who travelled to an Islamic State to rescue a friend, but was held hostage and beheaded. But we don't want short things, so let's get into it!

I chose one slovak news media site and compared the amount and quality of the informations with an international one.

Extrémisti žiadali predtým od japonskej vlády výkupné vo výške 200 miliónov USD namiesto popravy Kenji Goto a následne sa predpokladalo vymeniť ho za samovražednú teroristku odsúdenú v Jordánsku na trest smrti. Rokovania neboli úspešné.
Translation: Journalist Kenji Goto was held hostage since October 2014. He came to Syria to help rescue his compatriot Haruna Yukawa, who has been missing since summer 2014. First, the extremists asked the Japanese government for 200 milion USD as an exchange for Kenji Goto, and then they asked to exchange a suicidal terorist who was sentenced to death in Jordan. However, the negotiations were unsuccesful.

The second article I found was about a succesful negotiation. It said that Japan and IS (Islamic state) reached an agreement about exchanging the woman terorist with Kenji Goto.

And the third one said that IS already beheaded (killed) Kenji Goto and as a proof, they recorded a video.

The international source was more useful, giving me details about all the negotiations and a 24 hours ultimatum to Japan. Here are some of the most interesting ones.
Negotiation conditions:
“It is simple,” Goto says, “You give them Sajida and I will be released. At the moment it actually looks possible, and our government are indeed a stones throw away. Our government representatives are ironically in Jordan where their sister Sajida is held prisoner by the Jordanian regime. Again I would like to stress how easy it is to save my life. You bring them their sister from the Jordanian regime, and I will be released immediately, me for her.
These could be my last hours in this world, and I may be a dead man speaking. Don’t let these be my last words you ever hear. Don’t let Abe also kill me.”
Japanese government spokesman Yoshihide Suga has said his country is outraged by the atrocity.
“This is an outrageous and unacceptable act,” Suga said. “We strongly demand the prompt release of the remaining Mr. Kenji Goto, without harm.”
There was also an emergency meeting over the situation.
But sadly, even after news about a "successful" negotiation , Kenji Goto was beheaded. This part was the most confusing for me, so I searched more.. Because why would someone after a successful negotiation do that? I wasn't able to find detailed informations in slovak language, so again, I used an international source.
Here is what it said:
Rumors circulated Wednesday that a deal had been reached between the Islamic State and Japan/Jordan regarding the release of IS hostages Kenji Goto and Mu’ath al-Kaseasbeh in exchange for Sajida al-Rishawi, who’s been imprisoned in Jordan since an attempted suicide bombing in Amman in 2005.
Some IS Twitter accounts even claimed that the deal had already been done, saying Goto had been released by the group, and Jordan had released Rishawi from prison and that she was back in Iraq. 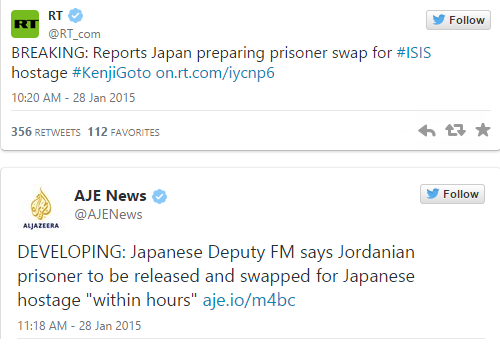 But Jordan’s foreign ministers have said that the rumors are false, demanding news organizations retract their stories, and asking for proof that their pilot Kaseasbeh (who was captured by Japan in the meantime) was still alive.
! It turned out the negotiation wasn't successful as the slovak media wrote. It seems that the journalist in charge just believed in the rumours and didn't check what was really going on. !

SUMMARY: The international source was more helpful and much less confusing. It was kind of a dissapointment, that rumour being accepted without checking twice, but things like that happen, especially in something as complicated as journalism.
TIP: When there's a topic you are really interested in or you are doing a school project, make sure to check more than only one media, or else you can experience something like I did. And you surely don't want to confuse anyone with inacurrate informations! :)
Čítať úplne: http://slovak.ruvr.ru/news/2015_02_01/Ozbrojenci-IS-popravili-japonskeho-novinara-2392/


Posted by Luci Csukásová at 20:53 No comments:

Email ThisBlogThis!Share to TwitterShare to FacebookShare to Pinterest
Labels: THEME 4

The theme 4 is already here and we are working hard on it! Our first selection of topics is about the French terrotism case and Kenji Goto, the japanese journalist who was held hostage. Our other topic will be less serious, funny and a very interesting surprise, so stay tuned! :)

Posted by Luci Csukásová at 12:30 No comments:

On the 29th of October we decided to go buy some necessary clothes and stuff for our theme called 'shopping'. Exactly at the time while we were working on theme 3 we had Halloween so we had an idea to buy things for this theme and personally I think we were successful. We split into two groups of two people. The first group included girls Lucia and Alexa and they had 50€. They chose very special products for example skin products to make perfect make-up for Halloween (eyeshadows, lashes, pencil, blush, lipstick and others). The second group, Ivana and Bianka, had 150€. They bought beautiful clothes for a Halloween party. It means shirts, a skirt, trousers, jackets, boots and from all these things they tried to create an amazing outfit for themselves. We think none of the advertisements we saw on TV, Internet or bilboards affected us during buying all our products. We just saw nice things and bought them. Unfortunately, we couldn't make records inside the stores. In spite of this we made a perfect video. We had a lot of fun, especially during the last two minutes of this video. It was a pleasure for us to make something like this and we are excited about the next theme 4. 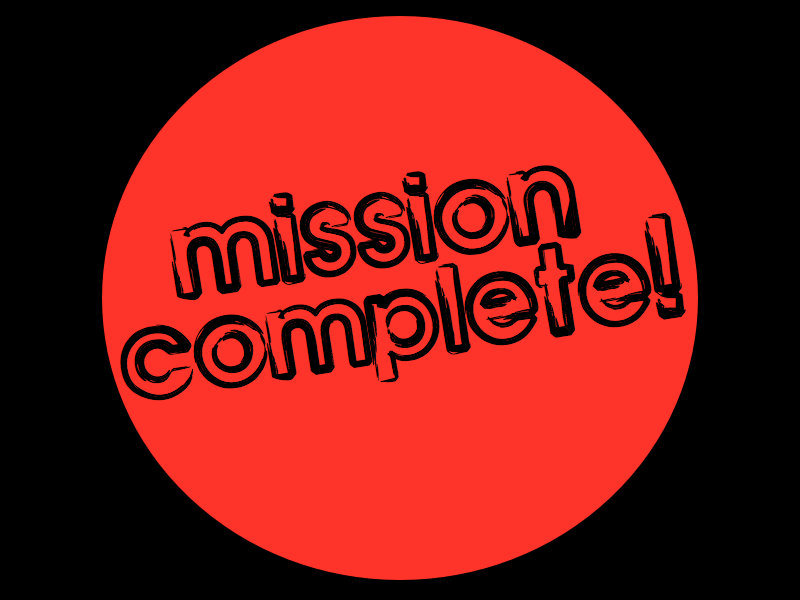 We bring you our brand new video for shopping! We did the filming about a month ago and it's finally finished. I hope you'll enjoy it, leave a comment on what you think :)

Hey everyone, how are you doing?

Third theme of Comenius is shopping and we can surely tell you that this is our favorite topic so far. We already went shopping and had a lot of fun. We wanted to show you at least some scenes from our shopping  experience so we made something like trailer. And how do you like this theme? We hope you enjoy our trailer and will be waiting for our full video. 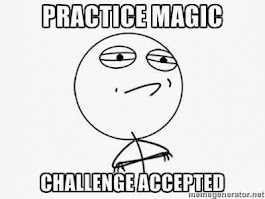